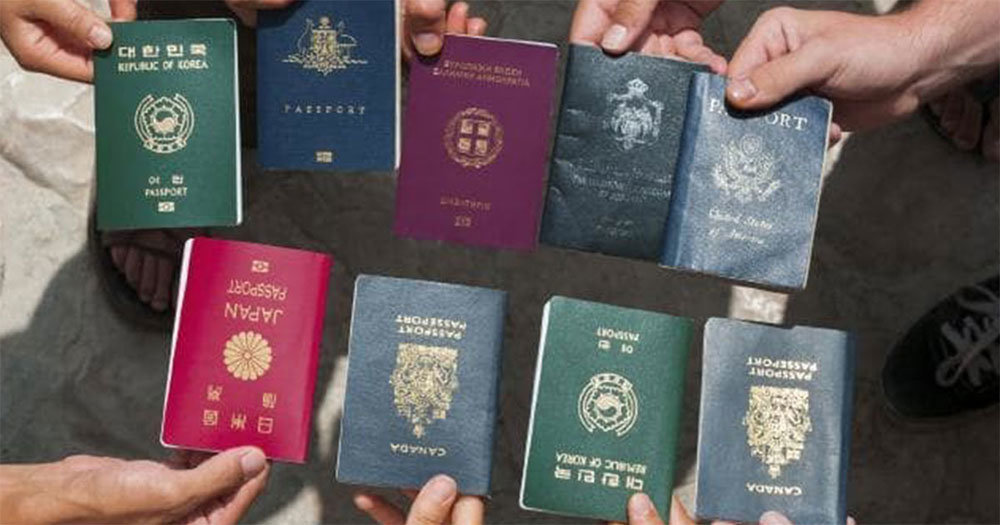 19 Feb Become a Dual Citizen, and save money.

Second citizenship is an expensive luxury, you probably think. Certainly worth consideration, but only when you’re feeling flush. The thing is though, second citizenship-by-investment doesn’t just cost money. It saves you money. Sometimes in triple figures.

1 – Second citizenship can save money on taxes

When it comes to tax, it sometimes feels like you can’t move a muscle without haemorrhaging money. However hard you work, you generally end up giving a huge chunk away. Sometimes even a larger chunk than you take home, depending where you’re from. And that figure dwindles even further when you start thinking about providing for heirs, with often-ludicrous inheritance and gift taxes hitting your already-taxed wealth.

In some places, prohibitive taxes apply even if you don’t live in the country. Take the US, for instance. Even if you’re a US citizen who lives abroad, you can still pay taxes on your worldwide income.

If your current country has high taxes, second citizenship could pay for itself purely in tax savings.

From the tax perspective, the Caribbean second citizenship programmes are especially worthwhile. For example, Dominican non-resident citizens are exempt from personal income tax unless sourced or derived in Dominica, plus exempt from wealth tax, inheritance tax and capital gains tax. Likewise, Saint Kitts and Nevis citizens pay no personal income tax, no inheritance tax, no wealth tax and no capital gains so long as you don’t sell assets within one year of purchase.

The Caribbean programmes are also generally the most affordable (starting from around USD 100,000 and up) which means the ROI potential is even greater. Even the moderately wealthy are looking at saving money on taxes with Caribbean second citizenship.

2 – Second citizenship can save money on visas

In contrast, citizens from many other countries can travel to 50 or less countries on visa-free or visa-on-arrival terms – and that’s if they can get a visa at all.

That has a not-insignificant cost implication, not only in terms of visa costs but also the costs associated with delaying your travel plans. For instance, US citizens need a visa to visit Russia, setting them back nearly RUB 15,000 and up to 6 weeks. Citizens of Vanuatu, on the other hand, can visit Russia visa-free.

Visa fees can quickly add up if you travel often, plus the delays associated with each and the additional cost of last-minute flight and hotel booking once you know your visa has been confirmed. The fact is, having a weaker passport makes travelling more hassle – and more costly – both for business and pleasure.

Avoid lost-business and visa costs with a European passport

The best second citizenship-by-investment programmes on the global mobility front are generally European. For instance, Cypriot passport holders can travel to 156 countries on visa-free or visa-on-arrival terms; Maltese, 162; Bulgarian, 158.

If you do travel often, second citizenship in these countries could well save you money (and time) by increasing the countries you can visit without paying for a visa in advance. Then there’s the money you save thanks to not missing important business and networking opportunities that often can’t wait weeks while you get a visa.

3 – Second citizenship can save money on education

If you’ve got children, it’s natural you’d want to help them build a future of opportunity and prosperity. Education plays a major role and not only from the perspective of knowledge and qualifications.

As most people recognise, a high-quality education also furnishes you with an impressive network; with vital language skills; with understanding of cultural nuance; with an international perspective that drives creative thinking; with the confidence to seize – and create – opportunities.

However, that standard of education isn’t available in every country in the world – which leads many students and their families to consider international options.

Unfortunately, an international education is often prohibitively expensive, if it’s possible to secure a competitive international place at all. Plus students often face visa issues immediately after graduating, which somewhat defeats the point as they can’t take advantage of the same opportunities as their peers.

Those numbers prove how desirable an education here is – but it’s also a costly route unless you hold European citizenship. For Oxford, for example, UK and EU students pay GBP 9250 in annual tuition fees, for which they can secure a full loan. In contrast, international students pay up to GBP 23,885 annually plus an annual college fee of GBP 7570 – and aren’t eligible for any fee support. Over a four year degree, that’s over GBP 125,000 without financial support versus GBP 37,000 on a full loan for European citizens.

Which makes European citizenship-by-investment a very sound, cost-saving investment. Consider, you could secure Bulgarian citizenship for your family from EUR 195,000 – to save nearly EUR 90,000 per child on their education, plus all the other benefits of citizenship.

4 – Second citizenship can save money on trade

The most significant of those by most people’s reckoning is the European Union. The EU is the largest economy in the world, worth more than a quarter of global GDP. Businesses operating within the single market enjoy preferential trade terms and tariffs, plus fewer delays and less red tape. For example, nearly 75% of all imports into the EU pay heavily reduced – or even no – customs duties.

If you’re involved in trade, becoming part of the EU is an obvious choice because it allows you to easily establish an SE – a European Company – which is a public liability company regulated by the EU. Doing so can reduce your trade costs, increase the speed of doing business and give you access to a vast new market – all of which save you money and increase your profits long-term.

Which second citizenship programmes you choose to unlock EU trade depends on your timeframes. By far the fastest route into the EU is Cyprus, which takes only three months to full citizenship – and all the trade savings that involves.

5 – Second citizenship can save money on living costs

Living costs are generally a drop in the ocean compared to tax, education, trade and travel. But it’s still worth mentioning, if anything as an insurance policy for the future.

Because if you ever do need a more affordable lifestyle, second citizenship can be your path to get there – without giving up the finer things in life. Like maybe one day you want to retire in style but don’t want to pull money out of assets to do so.

Relocating to a country with a low-cost, high-quality lifestyle could be the perfect way to achieve that without stripping your assets.

Secure an affordable luxury lifestyle with Portuguese or Spanish citizenship

A few second citizenship programmes are likely to save you money on living costs. For instance, Portugal, Spain, Greece and Malta all offer low cost of living (71st, 82nd, 83rd and 89th on the 2018 Cost of Living ranking respectively) along with a cosmopolitan European lifestyle. That’s one reason both Spain and Portugal make the Top Ten Retirement Destinations list for 2018.

Las Palmas de Gran Canarias, Santa Cruz de Tenerife, Granada, Malaga and Alicante are the most affordable Spanish locations, while Braga, Funchal and Coimbra set themselves apart for Portugal. And if Spain or Portugal do take your fancy, you can move there and enjoy a more affordable luxury lifestyle fast – both offer permanent residency in only two to three months.

Second citizenship is an investment that saves – and makes –money

Second citizenship-by-investment does represent a cost, of course. But hopefully this article helps prove that it’s predominantly an investment. An investment that can save you a considerable amount of money across several key areas, and also an investment that generates substantial returns, not only financially but also in terms of the opportunity and freedom it grants you.

We use cookies to ensure that we give you the best experience on our website. If you continue to use this site we will assume that you are happy with it.Accept