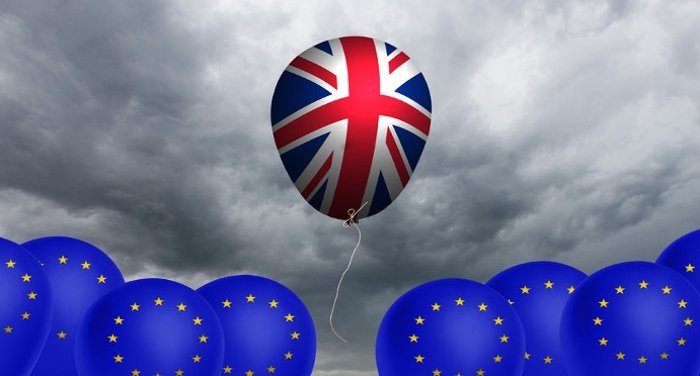 Among many after-effects of the UK’s 2016 referendum decision to leave the European Union, one of the most notable has been an explosion of interest in second citizenship.

One survey last year found that 89% of Britons are interested in second citizenship in an EU country, with Brexit being the motivating factor for nearly 60% of them. In the year after the referendum, tens of thousands of British citizens applied for a second citizenship, with countries like Germany, France, and Ireland seeing applications more than double.

Business leaders are one of the groups most heavily affected by Brexit, given the uncertainties involved and its potential impact on the markets they’re operating in.

So let’s take a look at the reasons why business leaders might be investigating second citizenship, what they can do to secure a place in the EU after the UK has left, and why Malta, Bulgaria and Cyprus might provide some solutions.

The answer can be summed up in one word: uncertainty. Nobody really knows what the future holds after the UK leaves. This uncertainty has revealed itself most obviously in economic indicators such as the Sterling-Euro exchange rate, which back in October hit its lowest level for 31 years amid growing expectations of a ‘hard’ Brexit.

Previous certainties like UK-EU trade terms, business tariffs, ease of travel and foreign labour supply are up in the air; and with them, the future of businesses that depend on stability in those areas.

Previous certainties like UK-EU trade terms, business tariffs, ease of travel and foreign labour supply are up in the air; and with them, the future of businesses that depend on stability in those areas.

While the Brexit negotiations picked up pace towards the end of 2017, the months of deadlock are taking their toll. Business leaders across different industries have bemoaned what they see as a lack of clarity in the UK’s Brexit vision.

UK car industry leaders, for example, last year described Brexit uncertainty as a ‘fog’ and expressed an ‘urgent need for clarity’. Around 80% of British-made cars are sold abroad, and more than half of the components to build them come from abroad. Hardly surprising, then, that investment in the car industry in 2017 was set to fall by more 50% compared to 2016, according to figures from the Society of Motor Manufacturers and Traders published in October.

The UK construction industry presents similar concerns. A joint report last November from seven major construction trade bodies calls the Brexit decision a ‘cliff edge’ regarding the supply of EU workers. A feature of the Brexit referendum was the tangle of emotive issues on both sides, with limited presentation of genuine facts or consequences. The construction industry is a perfect example, with the referendum vote a severe threat to an industry which represents an average 9% of total UK employment and depends heavily on skilled EU workers to thrive.

There’s frustration at play among business leaders who feel their warnings went unheeded among the general public. Frustration paired with uncertainty is a potent mix, and it is partly this combination that we can thank for the growing popularity of second citizenship in the wake of the referendum.

In 2016, the German government announced an increase of more than 350% in the number of Britons seeking German citizenship. And that figure is expected to rise further because the majority of post-referendum applications aren’t reflected in those figures.

Ireland is another popular country for second citizenship, with nearly 65,000 Britons applying for Irish passports in the year following Brexit. That’s an increase of 155% on the year before the referendum. Spain is another, with a 98% increase in applications. In Denmark, the increase was 108%. In Sweden: 106%. In Poland: 118%. In Finland: 194%.

Many applications are coming from British nationals who already qualify for citizenship because they live in the target country. Around 300,000 Brits live in Spain, for instance. More than 250,000 live in Ireland, and 190,000 in France.

Many more qualify because they have an existing right to apply. For example, you’re automatically entitled to Irish citizenship-by-descent if any of your parents or grandparents were Irish citizens. Given the UK’s strong ties to Ireland, there’s a large population of Brits with Irish heritage who meet this criterion. Although census data is patchy, a solid conservative estimate suggests that as many as 6.7 million Brits could be entitled to an Irish passport.

But what about business leaders who neither live abroad nor qualify for second citizenship by birth, marriage or descent? If you don’t want to live abroad and don’t have an EU relative, you still have another route to go: citizenship-by-investment.

But what about business leaders who neither live abroad nor qualify for second citizenship by birth, marriage or descent?

This is something you might have heard about but probably never considered. After all, with British citizenship in your pocket why would you look elsewhere?

The British passport allows simple travel to 159 countries, making it the joint-third most powerful passport in the world. Currently the UK is assured of favourable trade terms internationally, including free trade with the giant EU economy that accounts for more than 25% of global GDP. And British citizens can travel across the EU without restriction – which facilitates inter-EU business. After Brexit that could all change, and this makes citizenship-by-investment an attractive option for Brits who want to ensure continuation of their current trade and movement privileges.

Let’s take a look at the some of the most attractive alternatives.

If you’re considering second citizenship as an antidote to Brexit uncertainty, speed will likely be one of your primary concerns. Any programme that takes too much time to complete is now not a feasible candidate.

We’ll also rule out programmes that don’t give access to the EU single market. However attractive programmes in St. Lucia, Dominica or St. Kitts & Nevis may be, EU trade rights will likely be one of your dominant concerns.

Finally, we’ll eliminate programmes that don’t offer full citizenship. There are many advantages to permanent residency in the likes of Spain or Greece, but to get back into the EU single market you are looking at full EU citizenship.

1. Malta: Malta has been an EU member since 2004. You can gain Maltese citizenship with a donation of EUR 650,000 – through an Immigrant Investor Program, and a further EUR 350,000 into real estate and EUR 150,000 into stocks, bonds or other special purpose vehicles. The investment elements of this program can be resold after five years.

The investment can include your spouse and any dependants so it could be very cost-effective. The EU single market might not hold much interest for your children, but freedom to travel, work and live across the EU probably will.

The downside is that you do need to be a resident of Malta for 12 months before your application for citizenship. In the long run, though, this could be a decision that pays excellent dividends.

2. Bulgaria: An EU member since 2007, Bulgaria’s citizenship-by-investment programme is immensely popular. The process, like Malta, is one of naturalisation following residency.

To qualify as a Bulgarian citizen, you must make an investment of EUR 512,000 in government bonds and become a Bulgarian resident (which doesn’t actually entail physical residency) for a period of six months.

You only need visit Bulgaria twice during this time, after which you can naturalise and become a Bulgarian citizen. You can do this with no additional cost by waiting five years. But, assuming time is of the essence, you might want to consider the popular fast-track option, which asks for an additional investment of EUR 512,000 into the same bonds, and one further year of residency. So you are looking at full citizenship of an EU member country within just 18 months.

3. Cyprus: With Cyprus, also an EU member since 2004, you could say we’ve saved the best till last. This programme, admittedly, has the most stringent financial demands but it’s also the fastest by some distance, taking only six months from start to finish.

Not only does citizenship secure you access back into the EU single market, it could also save you a considerable sum in tax – Cyprus has one of the lowest corporate tax rates in the EU at 12.5%.

Not only does citizenship secure you access back into the EU single market, it could also save you a considerable sum in tax – Cyprus has the lowest corporate tax rate in the EU at 12.5%.

The required investment is EUR 2m into real estate, business or financial assets. And like Malta and Bulgaria, your investment is fully refundable – so it’s more a question of cash flow than outright cost. If that’s a feasible option for you, the long-term pay-off could be huge. You could be well-established as a Cypriot citizen before the UK has even left the EU, so your business wouldn’t face disruption at all.

Is second citizenship-by-investment the answer to Brexit?

The Brexit referendum and its aftermath have been deeply divisive and as yet there’s no unified vision of the UK’s future. Few from either side of the debate would disagree that the times ahead are likely to be tumultuous. And tumult isn’t a condition that business owners often favour.

Admittedly it’s easier if you’ve got existing family ties to another EU country, or are an EU resident. But that’s not the only way. Citizenship-by-investment is a realistic and attractive path for businesspeople who have the financial means to secure a future within the EU.