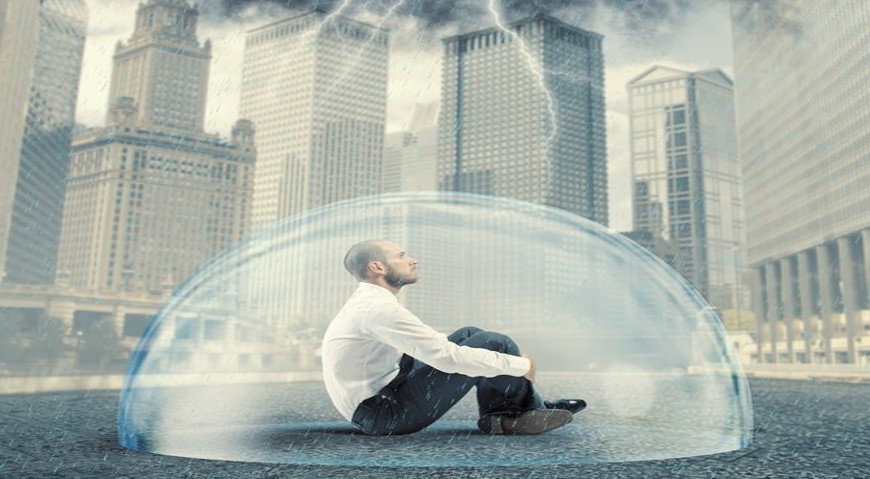 01 Apr Fear factor: Four anxieties you must overcome to succeed as an entrepreneur

Fear can be a paralysing experience for anybody, and entrepreneurs are not immune.

Many would-be business founders actually never take the leap into entrepreneurship, for fear of what might happen.

But is fear a barrier to success or a motivator?

With the right guidance, potential entrepreneurs can identify and isolate their anxieties, and begin to harness them to their advantage. So, what are the things that spook the budding business founder? Here we look at four common fears that haunt new entrepreneurs, how they can affect your business, and how to overcome them – or at least start thinking about them in a different way.

1. Fear of failure: The single most common anxiety cited by entrepreneurs is fear of failure. According to a 2016 report from UK think tank the Centre for Entrepreneurs, 40% of new founders admitted they were afraid of failing. And the Global Entrepreneurship Monitor (GEM) 2017/2018 report shows very similar stats in innovation-driven economies, a category which includes the UAE.

What can this mean for your business? Fear of failure can cripple would-be entrepreneurs and prevent them from establishing their new venture in the first place. But it can also hold new business owners back from crucial decisions and make them excessively risk-averse. The danger is that they over-analyse their situation, and sit there paralysed, waiting for the ‘perfect’ time to launch their new venture or product. More experienced businesspeople know that this is something which may never materialise.

Still, it’s not unusual. Fear of failure is an inherent feature of any startup. A two-pronged attack to mitigate the fear – and the actual failure itself, if it happens – can make it less daunting and debilitating.

First, accept that fear of failure is not universally negative. Positive outcomes can result from it, including a sense of urgency, a stronger work ethic and a more sensitive nose for risk. An awareness of the risk of failure can also lead to better business and resource planning, according to research from a European Union entrepreneurship project known as Failure Aversion Change in Europe (FACE).

Second, acknowledge that potential failure is an intermediate phase rather than a definitive end to your career. This can help you appreciate failure as a positive event and provide a vital learning experience. The list of stellar entrepreneurs and businesspeople who failed at least once before making their mark is long and distinguished: from Heinz to Ford to Disney to Gates and Jobs, and many more besides.

2. Fear of throwing away your career, pay and benefits: Career-driven individuals invest time, effort and often hard cash into developing their careers. So launching a new venture carries with it a real anxiety that everything you’ve invested – in your education, in developing your career, in your life’s work – will turn out to be in vain. Analysis from the EU FACE project found that the worry of terminating an existing career was the second biggest fear among entrepreneurs, with respondents rating it at 7.4 on a scale of one to 10.

Wrapped up in this worry is the fear of losing a steady income and benefits package. You may be anxious about jeopardising your standard of living and letting down your family.

If you don’t address these fears, according to the FACE report, you may never get round to launching your new venture. And even if you do launch, you’re more likely to start it as a part-time project, which in itself dramatically increases your chances of failure. And there are ways to mitigate the fears of losing your income and benefits. Planning carefully is one way. Putting away savings while still in employment will give you a reassuring safety cushion. Also it’s a good idea to get your credit in order before your pay cheques dry up, as some lenders are wary of intermittent income. In short, complete in advance any transactions that might be adversely affected if you can’t produce proof of a regular income. And, of course, timing your move is crucial.

Holding out for a bonus makes good sense. So does taking advantage of any existing medical or dental cover before you quit.

Just as important, remember that many new business founders launch their ventures based on their career experience to date. Far from being in vain, the work you’ve done in your career so far will probably be crucial in determining how your new venture evolves and thrives.

3. Fear of negative social perception: In many parts of the world, where entrepreneurship is held in high regard, the stigma of failure or bankruptcy has been all but eliminated. But it’s not rosy everywhere. Punitive attitudes to bankruptcy still prevail in some European countries, meaning that a founder who fails risks being branded a failure for life. Even in Germany, for example, bankruptcy law prevents failed entrepreneurs from starting a business for six years.

By contrast, public perceptions of entrepreneurship in other countries are more favourable: the US for instance. Americans are comfortable with the kind of risk-taking that lies at the heart of entrepreneurship, where failure and bankruptcy are seen more as learning experiences than career-ending catastrophes. According to The United States of Entrepreneurs, a special report commissioned by The Economist a few years ago, punishments for failure are often trivial. ‘In some countries,’ the report states, ‘bankruptcy spells social death. In America, particularly in Silicon Valley, it is a badge of honour.’

Elsewhere in the world, the stigma of business failure can understandably paralyse any potential entrepreneur, who might fear for their standing in the eyes of family and society. It’s hardly surprising, then, that the FACE report rates negative social fear as the third most common anxiety among entrepreneurs, with respondents rating it at 6.7 out of 10. According to the GEM 2017/2018 report, the UAE is the top-ranked country in the world in terms of entrepreneurs’ high status in society. Yet, even here, founders are still fearful of negative perceptions. The 2016 Bankruptcy Law modernised the UAE’s previously unpredictable insolvency laws and largely decriminalised bankruptcy. But still the Emirates ranks first out of 54 countries when it comes to fear of failure.

So how do we counter these fears and stigmas?

The most positive way is to understand how to relegate them in your mind; to turn them into motivational factors and powerful drivers for making the decisions which are right for your business. Building a positive support network before you launch can dispel much of this anxiety. Keep the people close to you well informed of your plans and intentions. According to the FACE project, having the right guidance in the form of a mentor network as well as a supportive circle of family and friends provides tangible advantages in overcoming those social fears.

4. Fear connected to self-doubt: Launching a new venture is challenging, and the self-doubt surrounding those challenges can leave many would-be founders petrified. According to the FACE project, respondents rated this factor at over six out of 10. That’s not surprising, considering that founders must wear so many hats in the early stages of their business, whether they like it or not. They’re often bookkeeper, sales director, HR manager and CFO simultaneously. Many would-be entrepreneurs fear that they won’t have the necessary commercial savvy to deal with every aspect of running a small business. This in turn leads many to ask themselves: can I really do this?

That’s a valid question. The entrepreneurial process consists of a series of stages, and every single stage requires some kind of action to organise resources and exploit business opportunities. New business founders are constantly exposed to potential setbacks and negative feedback along the way, as highlighted in Fear of Failure and Entrepreneurship, a 2014 paper by the UK’s Enterprise Research Centre (ERC).

These forces in themselves increase the likelihood of failure. As the ERC notes, the entrepreneurial setting is a ‘complex collection of events that offer diverse potential triggers to fear of failure experiences’. The fear of not being capable of handling those events can, in the worst case, mean that entrepreneurs simply freeze. Instead of doing what’s necessary to a standard that’s ’just good enough’, or even doing it badly, they end up doing nothing at all. Crucial sales calls are ignored, important hiring decisions postponed, and key milestones in the strategic plan are overlooked as the founder retreats into inaction. You can’t motivate staff or sell to customers from a position of fear.

So how can you get around such debilitating and insidious feelings? The best way is to aim for progress early on, however small. Research from the FACE project suggests that as soon as entrepreneurs experience some progress, their fear of failure decreases. Focusing on creating early wins and establishing achievable goals, which boost your confidence in your business ability and processes, help you eliminate anxiety and prepare you better for setbacks further down the line.

As the ERC report points out, fear can either be a barrier to an entrepreneur’s aspiration or the source of their determination to win: the worst of enemies or the best of friends. With the right help and guidance, you can avoid making an enemy of your own future, as long as you recognise your fears, overcome them and make them work for you.