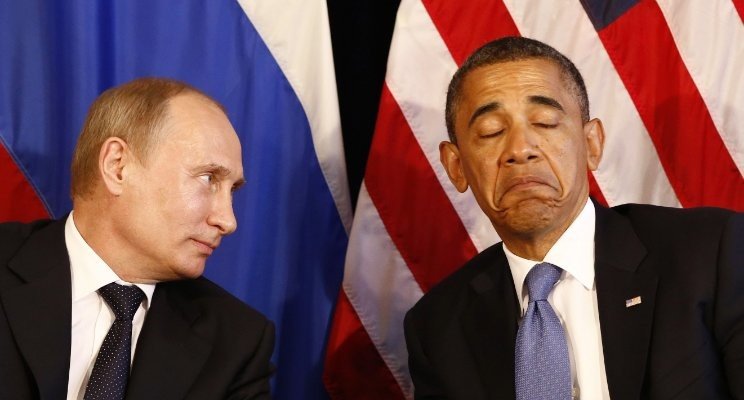 Negotiation in business is an art. And like any form of communication, it’s also a delicate balance – one wrong turn and your objectives and reputation can be jeopardised and damaged.

We can all recall failed negotiations and awkward interactions vividly; you may have experienced one quite recently. Frequent mistakes cost business, but first you need to ask yourself – why are you failing at business negotiations? Do you have a process in place to identify mistakes, and what methods do you use to correct them?

Such a muddled lack of awareness and strategy is a common cause of failure. Decades of research has produced studies which prove nonverbal actions to account for as much as 90% of communication in any interaction. Poor understanding of ‘body language’ is perilous, whereas mastery of it is exceptionally powerful.

Today we break down the process of improvement in this area into two distinct stages: A compartmentalised review, followed by the description of effective body language techniques with which to address your identified weaknesses. Application of these techniques will improve your negotiation skills significantly and will empower you to achieve greater results in your business career.

Your first action is to break down your planning and behaviour. Here you will recall and review an interaction in sections, considering five common errors and how they may have affected the outcome negatively. This will allow you to review each stage of the discussion in a clear and distinct manner, making it easier to identify what went wrong and where.

1. You’re unprepared: As any experienced negotiator will tell you, preparation is crucial. No matter how much confidence or debating verve you’re bringing to the table, it’s wasted if you don’t set aside time beforehand to research and build knowledge around your subject.

Rehearsing the conversation can also prove valuable, particularly if you’re preparing for a more complex discussion or one that involves a group. Preparation will boost your confidence, clarify your arguments, and help you anticipate potential questions or setbacks. You’ll also be less likely to miss out important points, which you may not be able to come back to once the negotiation is settled.

2. You’re letting your ego get in the way: Pride and self-importance can work against you in all aspects of doing business, but particularly when it comes to striking a deal. A successful negotiation is one where both parties walk away feeling they’ve gained something.

If you approach it like a battle and enter with the intention of winning, you’re essentially walking into what Harvard authors Roger Fisher and William Ury call ‘positional bargaining’. This breeds anger and resentment, shattering the relationship and destroying the chance of genuine discussion.

The discussion will likely become about defending your position, rather than finding an amicable solution. As both sides grow more and more defensive, you’ll likely find yourself caught up in bargaining tactics or worse, an immovable stalemate.

By removing ego, you create a sense of shared goals and visions. For example, using the words ‘we’ rather than ‘I’ will bridge the gap between the two parties. This creates an environment that will allow you to work together to yield a mutually beneficial outcome.

3. You’re bringing up money too early: Whilst negotiations often centre on money, it’s only one part of striking a deal, and bringing it into the negotiation too early can damage an otherwise successful dialogue. Ultimately, you’re dealing with human beings, and as in any other discussion, you need to make it clear that you’re prioritising the working relationship above all else.

So before discussing money or price, take time to establish trust and rapport with the other side. Being mindful and patient instead of rushing to the finish line will result in the conversation flowing to its conclusion comfortably instead of awkwardly.

4. You’re not listening: Spending more time talking than listening is the quickest way to lose your audience. Not only will they feel their opinions are being ignored or devalued, but it also reduces your power to negotiate ­– after all, if you don’t fully understand the other party’s needs, values or goals, how do you know what they want from the negotiation? How can you make them an attractive offer?

Recent studies within a business and sales context show strong positive correlations between listening and empathy and client or partner satisfaction and trust. Cultivating genuine attention and concern in any discourse is a sure path towards a result that benefits both parties.

The more you listen, the greater the power you’ll have to construct and secure a deal. For instance, you might find something highly valuable to the other party that you can provide at little or no cost to your business.

5. You’re too rigid: Inflexibility is a sure-fire way to kill a negotiation. Going into the discussion with preconceived ideas or an iron-clad mindset can quickly drive the discussion towards a dead end. Great negotiation is about communicating back and forth to reach a joint decision.

Think about the bigger picture and decide what extra clauses, benefits or options would make the deal worthwhile for you. A little flexibility will go a long way and having a ‘next-best’ option prepared means that you still walk away somewhat satisfied.

With your review complete – and your awareness enhanced – we move onto our second stage. Here are presented five specific techniques that are effective and versatile. It’s useful to keep in mind that the outcome of any interaction is rarely decided in one action; it is instead a game of increments where mistakes can be recovered from and improved upon.

Always remember that language isn’t the only way we exchange information – beyond words, we express our ideas and feelings through facial expressions, tone of voice, and gestures.

1. Separate the problem: In any negotiation, as Fisher & Ury explain in Getting to Yes, it’s important to separate the people from the problem. They offer a simple way to achieve this: during the negotiation, rather than facing the other party head-on, sit or stand at a 45-degree angle from them. This positioning deflects tension and appears less confrontational, putting the other party more at ease.

They also suggest you place any paperwork relating to the negotiation price or terms – such as a contract or invoice – slightly away from you both rather than between you. This signals that the problem is separate from your working relationship and prevents it from feeling personal.

2. Look the part: This is crucial. Appearance can speak volumes when it comes to persuading others and is a key element of negotiation. A study by Chaiken (1979) showed that attractive communicators are more persuasive than their unattractive counterparts, and research by Bensen et al. (1975) showed people use clothing and personal appearance as measures of status, credibility and persuasiveness.

So, from dress code to personal grooming, think carefully about how you present yourself – it influences your audience before you’ve even said a word.

3. Be aware of your facial expressions: According to research published by Ekman and Friesen, the human face can produce 250,000 different expressions. These expressions both consciously and unconsciously act as signals to the other party of your underlying opinions and thoughts. And it’s not just the obvious expressions you need to watch out for either – even small, split-second expressions can give you away.

David Matsumoto, Professor of Psychology at San Francisco State University, teaches national security officials and police officers to identify these ‘micro expressions’ ­– flashes of emotion across someone’s face that last less than half a second, such as a blush or grimace appearing just before a smile.

So even if you’re confident in your ‘poker face’, be aware of the subliminal messages your face might be sending, and wherever possible, ensure your words match your thoughts. Remember that few things can kill a deal faster than a sense of insincerity.

4. Keep it open: To be a successful negotiator, you need to create a feeling of connection with the person you’re communicating with. A lot of this comes down to simple posture – crossed arms will give you a combative or unreceptive impression. Resolve this by assuming a more open stance, with calm movements and a relaxed expression. This will make you appear more receptive, honest and approachable.

You’ll also find that an open stance reduces the distance between you and the other party, allowing for closer discussion and collaboration.

5. Maintain friendly eye contact: It’s not an exact science, and the many differences between cultures can make it hard to know whether to look, when to look, and how long to look, but strategic eye contact is an effective negotiation tactic.

Exchanging friendly glances with another person can help to increase trust levels, establish a mutual connection, and show that you’re actively engaged in the discussion. It works both ways too – you can tell from the other person’s eye contact whether they’re paying attention, and how they’re responding to your suggestions.

A picture of success

Developing your people skills is a lifelong pursuit. Mindfulness in the moment and the ability to analyse past events combine to create a path towards negotiation excellence that has been the deciding factor in success for many of the world’s elite achievers.

While excellence won’t come in a day, being conscious of your progress made with each passing year will encourage you to stay true to the course of self-development. With the ability to dissect an interaction, you can swiftly identify the true areas to address. With the knowledge of powerful body language techniques, you can address and improve these subjects effectively.

Remember, it’s not what you say, but the way you say it. Whether it’s gestures, personal appearance, posture or facial expressions, these non-verbal clues can be the difference between success and failure.

A few small tweaks can make all the difference. Mastering these simple body language techniques will help you put a stop to negative negotiations and will improve your ability to produce a positive outcome for you and your business.