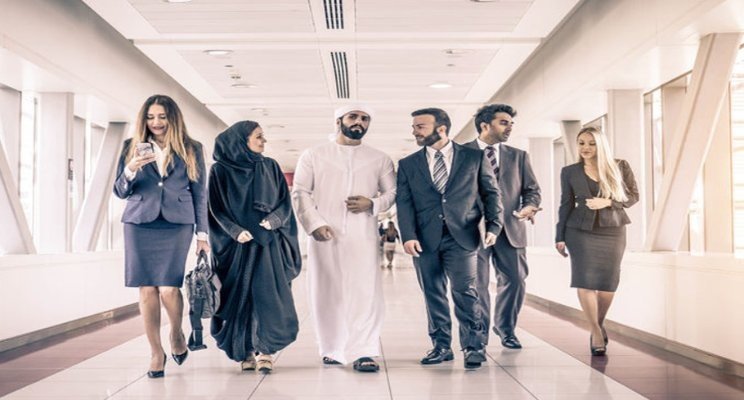 01 Oct How much influence does my local sponsor really have over my UAE business?

What’s the best thing about owning your own business?

Is it the prestige of being an entrepreneur? The excitement of trying something completely new? Maybe it’s seeing the word ‘CEO’ on your business card?

For many, being your own boss is the thing that really matters. According to one recent survey, that’s the main motivation for around two-thirds of people who start a business. But if that’s true, what happens when you come up against the local sponsorship rules that apply when you’re starting a business in the UAE? With a few exceptions, all businesses starting in the Emirates must be at least 51% owned by UAE nationals. If you’re from outside the country, before you get going you’ll need a local sponsor, who’ll effectively own at least half of your company.

But if that doesn’t sound much like being your own boss, don’t panic. Let’s take a look at the influence that local sponsors really have, and what you can do if you’re still not comfortable.

What does the law say?

Before we pick apart what influence a local sponsor is likely to have, let’s look at what the law actually stipulates. According to the UAE Embassy in London: ‘Under the law, all companies established in the UAE must have 51% ownership by UAE nationals or a company wholly owned by UAE nationals, except in the following cases.’

Those ‘following cases’ include activities that allow 100% Gulf Cooperation Council (GCC) ownership, as well as wholly-owned GCC companies in partnerships with UAE nationals. They also exclude the 100% foreign ownership permitted in free trade zones. For the purposes of this article, though, we’ll stick with the UAE mainland, and focus on entrepreneurs coming in from outside the GCC.

To complicate matters, there are three types of sponsorship, including corporate sponsorship, which we’ll look at later. There are two individual sponsorship options, a local partner (LP) and a local service agent (LSA). The two different sponsorship types actually apply to different types of business, but they’re often confused, leading to misunderstandings about what’s actually involved.

For certain types of licence – mainly professional licences (sole establishments), civil companies with no engineering activity, or branches of existing foreign companies – an LSA is used. The LSA must be a UAE national, but they’re paid a fixed fee, essentially to act as a representative for administrative dealings with the government. LSAs don’t receive commission or profits and they don’t own a part of the company.

For limited liability companies (LLC), on the other hand, the sponsor needs to be an LP, and the 51% ownership rule applies in full.

What does 51% ownership really mean for your company?

If you’re in that second category, the 51% ownership rule raises some important questions. One will probably concern how much involvement the sponsor will actually have in practice. But while you can’t discount a local sponsor wanting to contribute ideas and get involved, it’s not the norm. The approach of most local sponsors is that they’re providing a service simply by enabling foreign nationals to set up here. Of course they’re paid for their trouble, through profits and/or a fixed fee, but in practice there’s little incentive for them to meddle in day-to-day business.

True, it can’t be ruled out. Under Federal Law No. 2 of 2015, concerning Commercial Companies, Article 91 gives sponsors ‘all the rights associated with the description of the partners’. But it’s worth remembering that, while sponsors own at least 51% of your company, they also carry a 51% share of its liability. That alone often acts as a deterrent against unwanted interference. Most sponsors would think very carefully about seeking to introduce changes to the business against your judgment. If things then went bad, they would be hurting themselves as well as you.

Can they fire you from your own business?

Perhaps your biggest headache is the fear of being dismissed by your own majority shareholder. In our experience this is unlikely, to put it mildly: local partners tend to be quite content with being ‘sleeping partners’ who receive payment quite simply for enabling you to satisfy the business rules of the UAE.

But, again, it’s not completely impossible. One case in 2012 centred on an LLC in Abu Dhabi, involving a UAE shareholder with 51% of a company while the rest was divided almost equally between a US company and an Omani shareholder. The UAE shareholder wanted the Omani contingent removed on grounds they had been detrimental to the company. The Omani shareholder however, argued that the shareholders had arranged, via a side agreement, to split the company three ways, with the UAE holder only owning 37.5%.

What followed was a series of confusing re-trials, in which the courts tried to establish enough written evidence for either claim. In the end, the Court of Appeal ruled there was sufficient evidence for the existence of the side agreement, and the Omani shareholder wasn’t removed. However, the case also saw the Federal Supreme Court referring to Article 677 of the Civil Code: ‘it shall be permissible for a majority of the partners to apply for a judicial order dismissing any partner if they adduce serious reasons justifying the dismissal’.

In other words, it is theoretically possible for a partner to be removed from the company. And while unlikely, this underlines the importance of getting everything in writing and going into any agreement with your eyes wide open.

Drawing up an agreement

This isn’t all you need to be looking out for. As a businessperson, your life is about assessing people and opportunities, and there’s no reason why your enquiries into local business partners should be any different. It’s essential, before you begin, to really get to know someone who will be the owner of more than half of your company.

There’s no shortage of people willing to put themselves forward. The trick is to spot the trustworthy ones, which is why it’s helpful to involve local experts already familiar with the processes and pitfalls of finding the right partner.

When you do find them, it’s imperative to make sure any agreement exists in writing and clearly sets out exactly what’s expected of each partner. In a country that still uses verbal contracts, nothing short of a precise written agreement will suffice. It should include roles, responsibilities, liabilities and a full, clear breakdown of costs. It should also cover what would happen to the majority share if the shareholder were to die or become unreachable.

If you’re still concerned about a relatively unknown individual getting their foot firmly in your door, there is another possible route – corporate sponsorship. It’s a similar process, except you’re sponsored by an existing company rather than an individual. This can put you on firmer ground, since a company sponsor is likely to pose less risk than an individual, however good the vetting process.

And there are other advantages too. For one, there’s less risk that your corporate partner will attempt any interference with the business. You will retain 100% of the financial benefits and also enjoy better legal protection. On the other hand, it’s more expensive – you pay more for this more straightforward route. That said, you may find that in practice the hidden costs with the individual sponsorship route mean the two options aren’t that far apart. There’s a more in-depth discussion of this issue in our earlier article on the pros and cons of individual and corporate sponsorship.

Remembering the benefits of setting up in the UAE

If you’re feeling unnerved, it’s worth remembering that the UAE offers a wealth of opportunities for new businesses. Roughly 42% of Middle East and North Africa (MENA) startups plump for the UAE, and Emirates NBD expects somewhere in the region of 200,000 new firms to be set up in Dubai alone by 2020 – 95% of them SMEs. Those figures suggest many entrepreneurs are willing to play the game in return for the benefits. New businesses are a vital part of Expo 2020, and form a key pillar of the UAE government’s vision for the future.

So how much control does a local sponsor have? As with many things in the UAE it’s difficult to give a definitive answer. There’s a theoretical risk, but as an entrepreneur you’re used to facing risk and uncertainty. Starting a business, investing your money, even travelling to work every day, all pose theoretical risks too. You address those risks by doing the necessary due diligence and risk assessment before making your decisions; exactly as you would do searching for a local sponsor.

The key is to manage an inflexible situation, if not to your advantage, then at least to your satisfaction. Putting up with 51% ownership by a local sponsor can be a worthwhile inconvenience if it means giving you the chance to grow your business in the UAE. You just need to make sure you thoroughly research your potential partner and get everything in writing. Whether it’s individual or corporate sponsorship that suits your business best, bringing on board a local expert to assist in the search will certainly benefit you. Having seen the process time and time again, they will help you to find the right local ‘sleeping partner’ – the one who will be content to remain in the background while you get on with running your business.