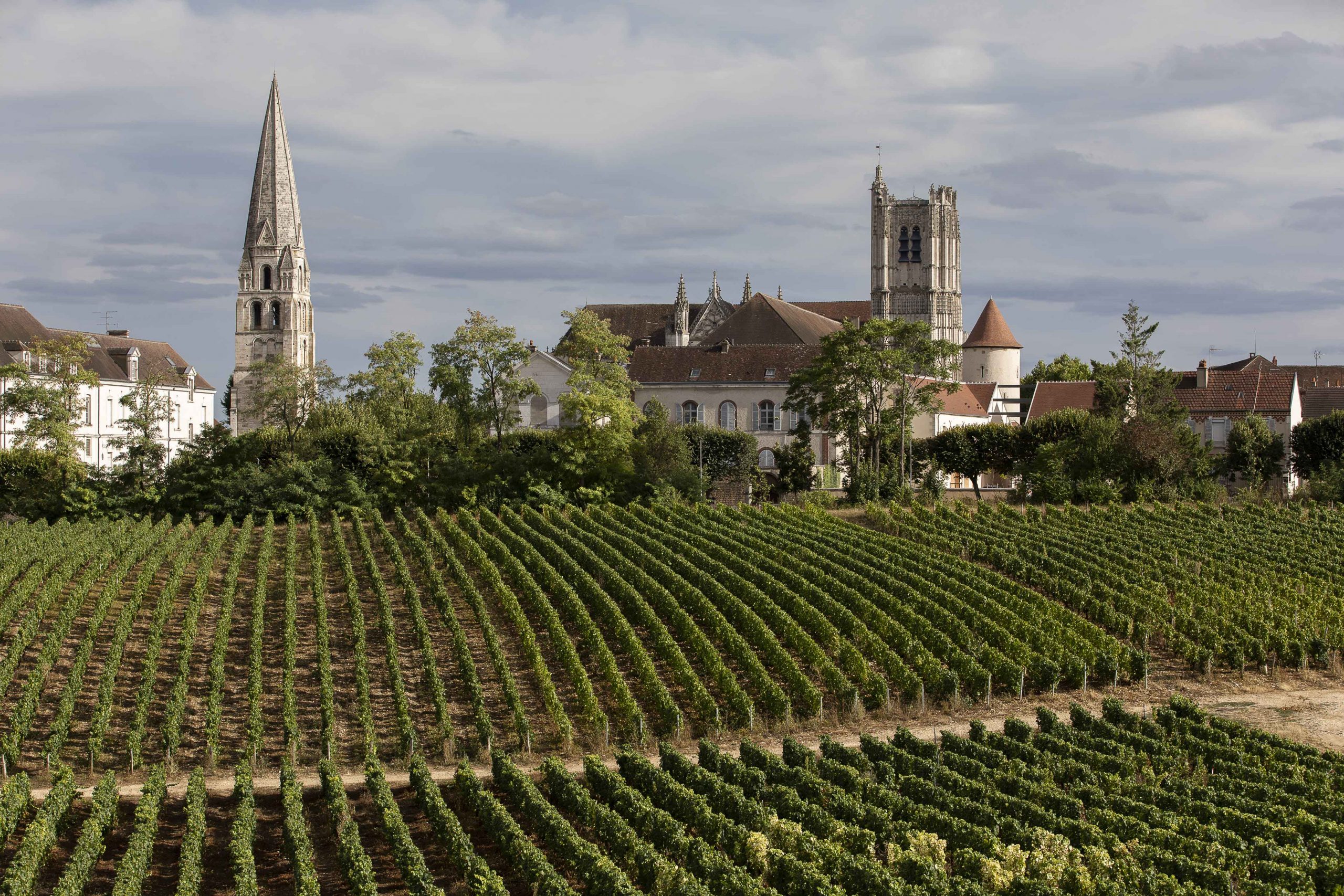 19 Aug Mystery and Mastery of Burgundy

In his third column exclusively for Huriya, Stuart Young of Four Corners Wine explores the mystery and mastery of Burgundy.

I defy any wine lover not to be seduced by Burgundy. It may not boast the grand chateaux of other wine regions but, driving past walled clos with a late summer mist settling on the revered vines, it takes on a romanticism all of its own. Here it is the “terroir” that is king, the symbiosis of grapes, soil, climate, vineyard placement and human touch. The historic region traces its roots back more than 2,000 years when Cistercian and Cluiniac monks established vineyards, recognising the impact of soil and location to create what have become some of the most coveted wines in the world.

Unlike Bordeaux, and perhaps more similar to California, Burgundy domaines are often family owned and run, leaving them much more freedom to create their preferred style of wine. For the most part they are handed down through generations and it is not unusual for wines to be named after family members that are a mark of style and quality. In Burgundy it is the vineyard that tells you more about the wine than the producer. Wines made from the same grape varietal can have very different characteristics, such is the influence of the terroir.

The 37 Grands Crus appellations are the elite of Burgundy wines, entirely concentrated in the Côte de Nuit and Côte de Beaune, collectively known as the Côte d’Or. Made from Burgundy’s top plots or climats, these revered wines make up around 1% of Burgundy’s production and include hallowed names such as Romanée Conti and Henri Jayer. Premier Cru appellations may sit below the exclusive top tier, but they too hail from exceptional climats and should not be overlooked, often lying just inches away from a Grand Cru vineyard.

Of the four grape varieties grown in Burgundy, Pinot Noir and Chardonnay dominate production. Chablis, in the northernmost part of Burgundy, produces wines exclusively from the Chardonnay grape. The cooler weather and limestone soil known as “kemmeridgian” produce wines with a distinct minerality. Grand Cru Chablis is made in the north of the region with its steep, south facing slopes. These refreshing, flinty wines are often aged in oak, unlike the rest of the region, producing wines of depth and complexity that age beautifully.

The Côte de Nuits is home to some of the most expensive land in Burgundy, where nearly all the vineyards are dedicated to the production of Pinot Noir. Here lie 24 of the most venerated Grands Crus including Vosne Romanée, Nuits St-Georges, Echezeaux. The terroir, and consequently the wines, vary considerably. Further south, the Côte de Beaune is known for its deep, rich and buttery Chardonnay wines. All bar one of the white Grand Cru vineyards can be found here with Cordon-Charlemagne, Puligny-Montrachet and Chassagne-Montrachet attracting collectors.

Ranking Burgundy by taste is simply too subjective. The best way to identify preferred wines is to understand your own style preference and then match it to the Burgundy appellation. If you like full bodied, powerful and heavy wines then Richebourg could be the area for you. If your taste is for something lighter and more perfumed, the elegant and delicate wines from Musigny are worth a try. Lovers of complex, structured Chardonnay might be drawn to the wines of Bâtard-Montrachet whilst those with a preference for more intense, fruit-forward and flinty whites may prefer Corton-Charlemagne. Even within these identified appellations the styles of wine can vary significantly so it’s worthwhile buying wines from several producers in order to identify which best suits your palate.

Investors are drawn to Burgundy for the consistent secondary market performance of its top wines. Liv-ex is a good resource for collectors seeking the most traded wines by value. Its Burgundy 150 index has grown by 79.37% over the past five years, far out-performing Bordeaux, Champagne, Italy and the Rest of the World. It also produces the annual Power 100, a ranking of the world’s top wines by criteria including year-on-year price performance, trading performance, number of wines/vintages traded and average price. A glance at the 2020 list shows that no fewer than seven of the top 25 wines hail from Burgundy: Leroy; Leflaive; Prieure Roch; Georges Roumier; Romanée Conti; Joseph Drouhin; and Armand Rousseau, in case you were wondering. An impressive percentage for one sub-region of France pitted against the best of the rest of the wine world.

The small production levels of the top Burgundy wines mean they can be as elusive as they are exclusive. Here is where a good merchant or adviser is essential, helping to build a collection comprising different styles and vintages, some for drinking in the future and others that may deliver a tidy return. Burgundy’s mystery and enigma can turn it into an obsession. Many a collector has eschewed other wine regions as a result and I like to test this by tasting Burgundy’s finest against those of California, a challenger region that, in my opinion, is producing some of the world’s most thrilling Chardonnay and Pinot Noir wines. What Burgundy is to tradition, California is to innovation. Both extraordinary, both rare and both should be in your cellar.

For more information on alternate investments, contact the team at Huriya today.