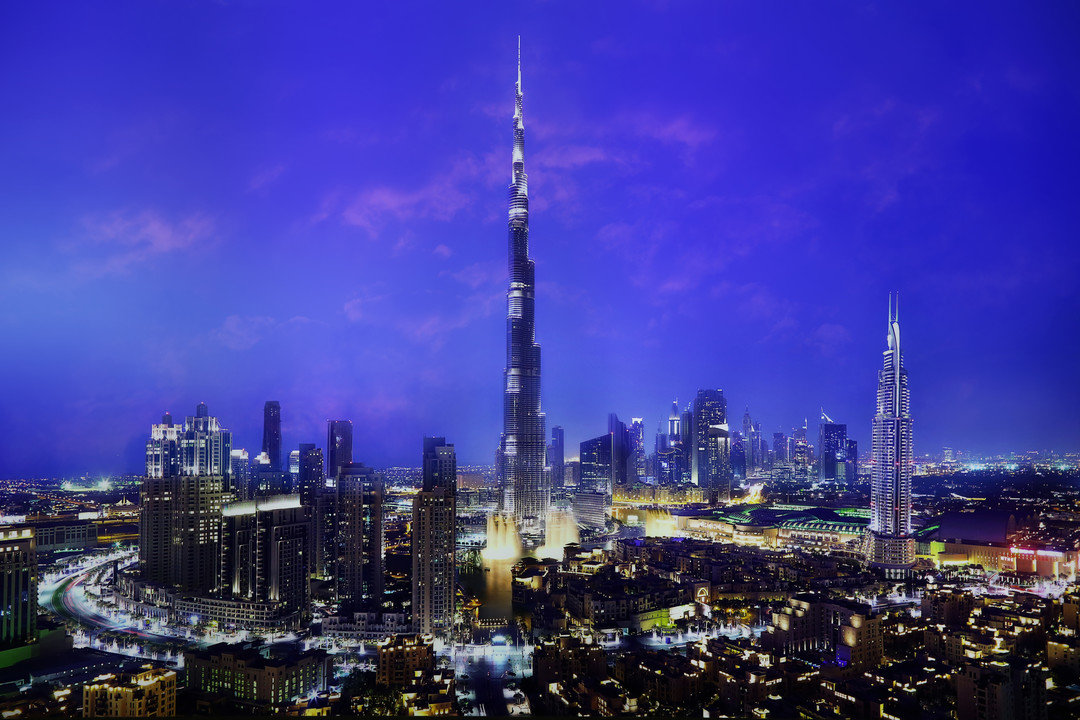 The UAE has been one of the most popular destinations for expats and businesspeople for a while – and that reputation is only growing, thanks to several recent government initiatives.

Here we look at the seven most impactful, to prove the case for relocating and doing business from the UAE right now.

In February this year the UAE decided to freeze federal fees for the next three years – a move cheered by those living in the Emirates.

The decision comes in the context of the introduction of 5% VAT earlier this year, intended to bolster UAE revenues following low oil prices. The fee freeze is the perfect counterbalance, promoting the continued competitiveness of the UAE despite recent tax changes.

His Highness Sheikh Mohammad Bin Rashid Al Maktoum said of the decision: ‘We decided not to increase federal fees during the next three years to consolidate economic and social stability of the state. This will also support our industrial and commercial sectors and attract more foreign investments.’

This notion of stability is important. The UAE usually raises some 70% of its revenue through fees like transport, parking, real estate or business licensing – this move gives investors and anyone living in the UAE peace of mind that the cost of living and doing business won’t spiral.

These changes make the UAE highly competitive amongst international peers, especially when uncertainty reigns in other areas.

In April this year Dubai announced a wide-reaching stimulus package designed to boost the emirates’ attractiveness for investors by lowering the cost of doing business.

Notable inclusions are the introduction of a council to represent the interests of international companies operating in Dubai and a commitment to allocate 20% of government contracts to SMEs. There are also measures like fine and fee waivers for business, new payment options to spread business costs and legal reviews to make foreign investment into real estate more attractive.

If you’re considering relocating to Dubai, there’s no better time than now, when the government has proved its total commitment to foreign investment and economic growth.

Then Abu Dhabi joined the fold very recently, announcing a Dh 50bn economic stimulus package aimed at driving economic growth and diversifying the economy. Measures include, like Dubai, the introduction of a council to attract and support investment, plus changes to licensing that make doing business significantly easier.

In both emirates doing business is getting simpler – with bureaucracy minimised and costs spread or lowered. If you’re in business, especially in the SME world, now is a very profitable time to move.

Broad economic initiatives make doing business easier, which impacts the money coming in – but many parents will be relieved at the June announcement that a major source of money going out – private school fees – will be frozen for the 2018-2019 academic year.

This comes in the wake of nearly 5% fee hikes in the academic year 2017-2018 in many schools. A recent report, Doing Well, Being Well: The Health and Happiness of Dubai’s Private Schools, finds the average fee is nearly Dh 27,000, and private schools make an average of Dh7.5 Bn in revenue each year.

This move to freeze fees will mean high-quality education is available to more students and parents have transparency over prices. Which means now is a fantastic time to consider relocation if you’ve got school-age children.

In May the UAE federal government announced a new ten-year residence visa for international investors and professionals in medical, research, scientific and technical fields. These visas also extend to family members, encouraging long-term relocation to the Emirates, especially for those in entrepreneurial or research-based fields.

His Highness Sheikh Mohammad Bin Rashid Al Maktoum announced: ‘The UAE will remain a global incubator for exceptional talents and a permanent destination for international investors. Our open environment, tolerant values, infrastructure and flexible legislation are the best plan to attract global investment and exceptional talent to the UAE.’

This ten-year visa also comes hand-in-hand with the decision to allow 100% foreign ownership of companies in the UAE – not only in trade-restricted free zones, as before.

Previously companies outside free zones had to have a local partner with a minimum 51% ownership, which meant they were able to trade outside that free zone.

Culling this rule will make forming and running an international company from the UAE much more attractive, as foreign businesspeople can now have 100% ownership while also being able to trade freely across the Emirates.

Previously private companies had to pay a Dh 3,000 deposit when recruiting new employees, which arguably disincentivised hiring and slowed the employment market. Since June, the UAE adopted a new policy where private companies only pay DH 60 per employee, to cover various employee costs and benefits like holiday cover and insurance.

From an employer perspective, then, hiring across the UAE has just become more attractive and less cost-prohibitive.

Then there’s the individual perspective. These changes make it more affordable and less hassle to enter, live and work in the emirates – aiming to attract international talent to the country.

For instance, jobseekers can now gain a six-month visa without fees, and can change their visa status without having to leave and re-enter the Emirates. Anyone overstaying their visa can now leave voluntarily without getting a return ban.

Recognising that future prosperity starts with attracting the brightest and best student minds from across the world, the Emirates have this year introduced a series of measures designed to cement the UAE’s position as a global education hub.

Then more recently the government introduced two-year residence visas for top students after they graduate, to encourage them to stay in the UAE and pursue career opportunities.

If you’ve got children, especially those currently at higher-education age, moving to the UAE is an opportunity that will genuinely open doors.

Land development is a thriving area of investment but the Dubai Land Department requires all properties to register in order to, as Sameer Lakhani, Managing Director at Global Capital Partners, notes, ‘streamline private sector activity’.

As such the DLD introduced a late registration penalty of 4%-of-value if buyers or developers didn’t register units. Despite an extension from an end-2016 deadline for registration to Q1-2017, many still haven’t registered.

In June this year Sheikh Hamdan Bin Mohammad Bin Rashid Al Maktoum directed the Dubai Land Department to waive this penalty, to encourage all land developers and buyers back into the fold.

This waiver will hold until the start of August, 60-days from the June 7th announcement. After that, the 4% penalty will be incorporated earlier in the process, to avoid similar situations and keep the sector running smoothly.

For investors who already hold land in Dubai, this means you can currently register that land despite having missed the original deadline, without incurring late fees and so saving considerably. It also means future prospective investors have the security of a well-regulated, transparent sector that you can trust.

Relocating to the UAE is affordable, profitable and simple

For a traditionally oil-reliant economy facing oil price downturn, you might expect the UAE to be facing some significant economic turmoil. Thanks to a wide-reaching and visionary series of initiatives from the UAE government, however, the region is proactively transforming into an international hub for expats and investors from every walk of life.

So how do you get there?

The new visa rules above make getting a long-term residence visa simpler for many, or you can secure permanent UAE residency through the UAE residency-by-investment programme, either through investing in real estate, entering a contract of employment or establishing a company here. The latter will be especially appealing given the new 100% foreign ownership rules.

Overall there’s never been a better time to consider moving to the UAE than now – and relocating is easier than ever.