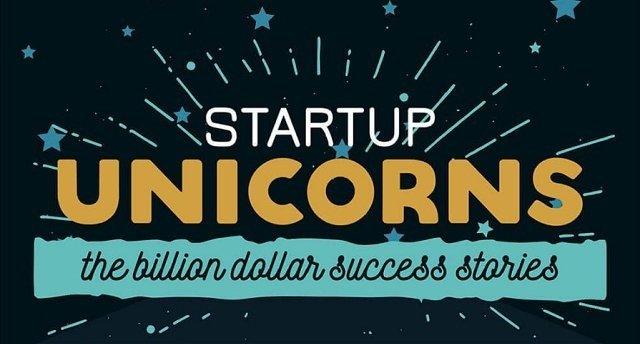 14 Jan Startups are not forever – understanding what your business is, and what it isn’t

This may seem pedantic but there are some essential differences between starting up a small business and launching a startup, and when it comes to defining your business, it helps to know what they are.

The term startup originated in the 1970s, when investors became interested in the rapid growth potential of high-tech electronics companies. The dotcom boom intensified the gold rush to launch new tech companies that could quickly gain value and be sold for big profits, and today the term startup continues to apply predominantly to businesses that are disrupting the market with innovative products and services.

Eric Ries, author of The Lean Startup, defines a startup as ‘a human institution designed to create a new product or service under conditions of extreme uncertainty’. So, unlike small businesses, which are often founded in already proven markets where success is all but ensured, startups carry a higher element of risk – and a higher potential for rapid growth.

Aside from the level of risk and growth potential, there are some practical differences that will affect the way you go about launching a startup as opposed to starting a small business.

1. Startups are just a phase: By its nature, the startup phase should be a temporary one. Growth – and fast growth – is at the heart of every startup. The end goal should always be to expand quickly and become a growing entity. Whereas a small business may have a long-term strategy to become scalable, a startup founder will envision an accelerated timeline. As David Feinleib states in the book Why Startups Fail: And How Yours Can Succeed,many startups will lose money for years on end before they break even. Still, the aim of a startup should be to scale up as soon as possible. But let’s be clear, it’s not a recipe for guaranteed success by any means. Around 74% of high growth internet startups fail as a result of attempting to grow too quickly, according to research by Startup Genome.

2. Startups are innovative: A prerequisite of a startup is the ability to disrupt the market by introducing something entirely new. Think: Uber and the taxi business. Whereas small businesses merely tend to expand a sector of the market that already exists, startups can effectively create a brand new one that has not yet been seen. As such, startups play a critical role in emerging sectors.

3. Startups have unique funding: One of the major differentiating factors between startups and small businesses is how they are funded. In the case of the latter, operational costs will usually come from grants, funds or the business owner’s own finances. A substantial 80% of small businesses in Dubai use private money to get off the ground and maintain themselves, according to Dubai SME. This model works, since growth is likely to be slow and the funds don’t need to be huge; just enough to sustain the business and allow it to naturally accelerate over time.

Startups, on the other hand, need to grow quickly and, in order to do so, they require a larger pot of money and more financial flexibility. They tend to achieve this by bootstrapping, or by finding an ‘angel investor’. The latter will usually have a wealth of experience in both investments and business management and will be able to help steer the entrepreneur in the right direction and ensure their success, as well as funding the business. In exchange for this guidance and financial input, they will receive a major stake in the business.

4. Startups may be ‘buyable’ businesses: Finally, there’s the notion that a startup may be ‘buyable.’ In these instances, it is the idea of the new business that is perhaps the most valuable thing. Rather than merely gaining an angel investor to back the project, the entrepreneur can seek to hatch the company and then sell it on for an immense profit. In fact, some of the now most influential businesses in the world were born this way.

Startups that made it big

Since startups typically expand quickly and reach their peak much sooner than small businesses, there is a wealth of examples we can cite here. Indeed, some of the most well-known brand names were startup businesses less than a decade ago. Their success shows that, when an idea has instant appeal and longevity, it can take off very rapidly.

Snapchat: The social app started as many tech businesses have in recent years – on a college campus. In that way, the tale of its rise is as much a Cinderella story as the likes of Facebook. In the case of Snapchat too, it was the idea that held the potential value of the business. Perhaps that’s the reason why the co-founders Evan Spiegel and Bobby Murphy soon came up against a lawsuit from a former fraternity brother, claiming that the concept was his. The lawsuit was swiftly settled.

In theory, Snapchat would have been an ideal ‘buyable’ business; it was young, hip and attractive to some of the major internet companies. Over the years, there were reports of everyone from Google to Facebook attempting to purchase and take over the business. In this story, though, that was not to be. Spiegel and Murphy maintain ownership of Snapchat; a company which now has a revenue of more than USD 200m.

MailChimp: Unlike many modern-day startups, MailChimp did not rely on venture capitalists or angel investors to get started. Instead, the funding was more comparable to small businesses than anything else. Just a couple of years ago, Ben Chestnut, the company’s co-founder told The New York Times that the business has always been a profitable one – a rarity in the realms of startups – thanks to the fact that it was launched on a manageable budget and the strategic plan just happened to work. The business ballooned, so much so that in 2015 it recorded a revenue of USD 280m.

However, while the finances and funding show the mark of a small business, the innovative nature of MailChimp is classic startup. Just this year, Fast Company covered them as part of its World’s Most Innovative Companies of 2017 report, in part due to the numerous innovative features and rigorous testing of the platform. It is worth noting that the originality of the product that the founders brought to market could be the very thing that secured its future.

Lyft: In an example of how fast-track scaling can work, we should take a look at the Lyft case study. ‘It’s been really helpful to be close to our product,’ said founder John Zimmer in an interview with Business Insider. He attributes the undeniable success of the business to his understanding of the service. Each month the entrepreneur drives a Lyft car for a shift. A recent company valuation, reported by Bloomberg Technology, estimated that Lyft was worth USD 2m, based on the market value of its main rival, Uber.

Shutterstock: Of course, innovation can only occur when there’s a gap in the market. It is a startup founder’s role to detect the lack of a much-needed service or product and fill it before anyone else does. That’s exactly what Jon Oringer did in 2003. Upon noting that e-marketing worked better with the inclusion of pictures, but seeing that stock imagery was ultimately very expensive, he came up with a novel idea. With a budget of just USD 10,000 and armed with a camera, he started building a photo library, which he would sell at a much lower rate to marketers.

The Shutterstock parable is the ultimate in the bootstrapping method of building a business. ‘I didn’t want to get outside money, so I was doing everything myself. That was my way to learn,’ Oringer recently told Inc. ‘I needed photographers, so I became a photographer. The first customer service emails that came in, I answered those myself. I programmed the site in Perl. A lot of those experiences from early on still inform the decisions I make today.’ Today the company is worth USD 760m and continues to grow.

There is a clear difference between startups and small businesses, which can be summed up as safe bet versus major risk. The former allows for long-term, sustainable growth, while the latter carries the potential for overnight success – or overnight failure. Given that many successful startup entrepreneurs have experienced several failures before they strike lucky, however, suggests that the risks are not crippling.

Since one of the key characteristics of entrepreneurs is that they take leaps where others may not, it’s logical that the startup trend should be attractive to them. Perhaps that’s why this particular mode of doing business is set to grow in coming years, with more startups emerging now than ever before.