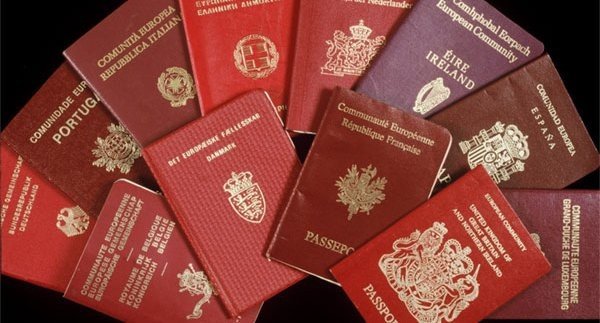 Visa restrictions and lengthy passport queues. Holidays based on where you can go, not where you want to go. Delayed business meetings. Lack of privacy. Extensive customs processes.

Or quick, painless travel wherever you want to go. Respect in every country you enter. Freedom without borders.

For those lucky enough to come from one of the nations listed below, your passport is a golden ticket – a privilege many don’t realise is a privilege. And while some of these top ten global passports are near-impossible to get your hands on, others are easily within reach.

The best 10 passports in the world

We’ve looked at a number of factors to form this list, including ease of travel, prestige, in-country quality of life, and opportunity. (Passport and other rankings are in constant flux – figures are correct as of November 2017.)

So let’s explore the list and see which is the best fit for you and your family.

Maltese citizens can travel to 153 countries on visa-free or visa-on-arrival terms, making it the eighth most powerful passport in the world in 2017. Moreover Malta is incredibly safe – the second safest country in the world, according to the 2015 World Risk Report. It’s also economically stable and prosperous, and the Annual Global Retirement Index ranks Malta as the tenth best place in the world to retire in 2017.

Maltese citizens can travel to 153 countries on visa-free or visa-on-arrival terms, making it the eighth most powerful passport in the world in 2017.

You can tap into these benefits with the new Permanent Residence programme in Malta, which requires the purchase of a EUR 250,000 bond, and a tenancy contract for a minimum of EUR 50,000 over 5 years. In return you receive a permanent Maltese residence card allowing you to be part of the EU for life.

If you really want to pursue full citizenship, Malta offers the Individual Investor Program where you can secure citizenship in less than two years, for around EUR 1.2m.

The Cypriot passport unlocks 147 countries on visa-free or visa-on-arrival terms, so it definitely makes our top ten list. Add in the country’s business credentials – boasting one of the lowest corporation tax rates in Europe at 12.5% – and its status as a relocation hub and the Cypriot equation becomes very attractive.

And the best bit – you can secure full citizenship here by investment, so you can enjoy the full benefits of a new passport. And fast – in only four to six months. Investment does start from EUR 2m though, so this is definitely a path reserved for those with financial means.

Spanish citizens can travel to 157 countries visa-free or visa-on-arrival. As an EU nation, Spanish citizens can also work, live and travel visa-free across the EU. Spain is one of the most popular expat destinations globally, ranked second for quality of life and second for overall expat experience. Spain is the perfect business gateway to Latin America, North Africa, the Middle East and across the Mediterranean.

Spain introduced their golden visa law in 2013, which offers a long-term immigrant investor plan. Spain is a Schengen member, so golden visa holders can travel across the entire 26-state Schengen zone.

The process takes two to three months, and requires an investment of EUR 500,000 into real estate. Then you can apply for long-term residency after five years, then full citizenship after another five years to gain your Spanish passport.

The Portuguese passport is the fifth strongest in the world, allowing visa-free or visa-on-arrival access to 156 countries. It’s also a thriving European nation steeped in history, home to a flourishing expat culture. And the KOF Globalisation Index ranked Portugal thirteenth in the world for globalisation in 2017, testament to its booming real estate market and stable economy.

So how do you unlock these benefits? Investment from EUR 250,000 secures resident status, so you can live and work in Portugal – and travel freely across the Schengen area as well. Then you can convert this residency into full citizenship by naturalisation only six years down the line.

Investment from EUR 250,000 secures resident status, so you can live and work in Portugal – and travel freely across the Schengen area as well.

Greek citizens can travel to 154 countries hassle-free, making it the seventh most powerful passport in the world. The Greek nation is peaceful and culturally-rich, and boasts an exceptional education and healthcare system.

The Greek residency-by-investment programme is very cost-effective, asking only EUR 250,000 investment. The Greek real estate market looks set to follow the same explosive growth trajectory as that of other similar countries like Portugal and Malta, so now could be an especially good time to invest.

Singapore is the world’s strongest passport, with citizens now able to travel to 160 countries on visa-free or visa-on-arrival terms. Singapore is also twenty-first in the world peace rankings and is the second most economically free country in the world. Singaporean citizens enjoy a life of prosperity, freedom and opportunity.

Germany has long held the prestige of being one of the world’s strongest passports. German citizens can travel to 159 countries on visa-free or visa-on-arrival terms, and Germany is also ranked third in the world for quality of life, and is known for a thriving economy and industry.

Life in Germany might be generally peaceful and prosperous – but getting a German passport is anything but easy. Even permanent residency makes you jump through lots of hoops and you have to speak adequate German and understand the culture, legal and social systems. To become a German citizen you must renounce all other citizenships and have lived in Germany for close to a decade.

Finland is known for fantastic quality of life – second highest in the world in 2017 – and Finnish citizens enjoy considerable global freedom. A Finnish passport has a visa-free score of 159 countries.

The US passport is the sixth most powerful in the world. Citizens can travel to 155 countries on visa-free or visa-on-arrival terms, and enjoy respect worldwide. The US is the ultimate relocation destination, with a prosperous lifestyle, stable economy and vibrant culture. US healthcare, education and social care systems are regarded as some of the best in the world.

The EB-5 Immigrant Investor Program allows investors to live and work freely throughout the US. Investment revolves around business and jobs creation, and starts from USD 500,000.

Getting a US foothold isn’t as difficult as you might assume. The EB-5 Immigrant Investor Program allows investors to live and work freely throughout the US. Investment revolves around business and jobs creation, and starts from USD 500,000.

Hungary is the ninth most powerful passport in the world, allowing travel to 151 countries on visa-free or visa-on-arrival terms. The EU country is a popular relocation destination thanks to the low cost of living (fourteenth lowest in Europe in 2017), excellent infrastructure, very low corporate tax rates (9%) and exuberant culture.

There’s some bad news though. Earlier this year Hungary temporarily closed their Residency Bond Program, which allowed foreign nationals to invest EUR 300,000 into refundable government bonds for five years, in exchange for permanent residency. However, news may be on the horizon, with an announcement on the new Hungarian programme expected mid 2018.

Open doors with a new passport

European countries are heavily represented on this list – the continent has long been considered one of the most desirable regions for global citizens.

Thankfully, many of these countries also open these advantages to foreign investors. That may not always be full citizenship but the residency programmes offer many of the same advantages including sought-after access across the Schengen area, which includes much of Europe.

The US is also a very viable option for potential investors. While the US passport is weaker than some others on this list, in terms of lifestyle, opportunity and reputation many people would put the US in the number one spot. The US Immigrant Investor program remains one of the most popular globally for exactly this reason.

Whichever you decide upon, the right choice from this list could open a door for personal and professional freedom.