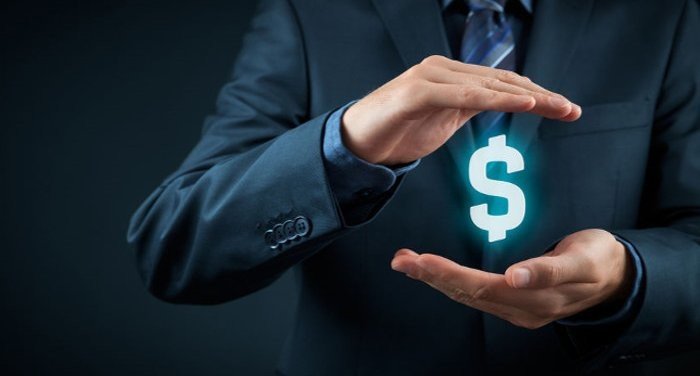 23 Nov Time for a move? From lifestyle to tax – why relocating your SME makes sense

Some people just seem to have a more relaxed way of life.

On your travels do you ever cast envious glances at the business people lingering over coffee in a town square as if they had all the time in the world? How is it that others can seem to sit around drinking coffee while for you the treadmill just seems to get faster and faster?

Don’t you ever wish you could take it easier, yet at the same time increase your wealth?

Well, the answer to that might depend on where you live and where your business is domiciled. An entrepreneurial existence can exact a high toll on your personal and family life. But if the taxman in your home country takes most of what’s left after you’ve paid for your life, it’s time for a rethink. Surely there has to be something more to show for the long hours, the missed vacations and the pleasures foregone?

Could relocating your business enable you to enjoy more of what you earn?

Corporate and individual tax regimes vary wildly across the world. Among Organisation for Economic Co-operation and Development (OECD) countries in 2016, the one with the highest top personal marginal rate – defined as the tax percentage on the last dollar earned – was Sweden at over 60%. In second came Denmark at 55.8%, followed by Japan at 55.7%, with Greece and Austria on 55%. And across all 35 OECD countries, the average top marginal rate was nearly 43%.

According to one well-known tax calculator, Company Bug, if you’re a small business owner in the UK who took a salary of GBP 150,000 in the 2016-2017 tax year, you’ll be paying out nearly GBP 60,000 of that in tax. And even if you take a dividend rather than a salary – unlike salaries, dividends can only be distributed after corporation tax is paid – you’ll still be kissing goodbye to over GBP 40,000.

Yet at the other end of the spectrum, countries such as the Bahamas, the Cayman Islands and the UAE impose no personal income tax at all, and in the UAE’s case, with the exception of oil and gas companies and foreign banks, no corporation tax is levied either.

Why entrepreneurs have historically ‘stayed at home’

Entrepreneurs choose to start ventures in their home country for a whole host of reasons. For a start, they presume to have a better knowledge of their home environment than most overseas locations. There may be personal reasons, too: staying close to family, friends and an established support network is important to many.

Another influencing factor is the prevailing cultural perception of entrepreneurship. According to the US based Migration Policy Institute, some countries are naturally conducive to entrepreneurship because they value initiative and reward success with social status as well as wealth. This is certainly true in the United States, which explains its high levels of immigrant entrepreneurship. The US Chamber of Commerce reported that in 2014 immigrants made up nearly 30% of all entrepreneurs in the country.

Political and economic stability, as well as an SME-friendly legal and regulatory framework, is a key consideration. According to the OECD, entrepreneurs look for environments where property rights are clearly recognised, contracts are easily enforced and business licensing requirements are minimised. In addition, it’s crucial for them to have bankruptcy legislation that doesn’t impose unduly high penalties on the entrepreneur, simple and affordable business registration processes and transparent, low-cost tax systems.

With that in mind, if you were looking to launch a startup or move your SME abroad, where might you consider going?

Moving your business or starting up: why the UAE makes sense

Estimates suggest there are more than 350,000 SMEs in the UAE, and in Dubai alone they account for over 90% of all businesses and 40% of GDP. In addition, industry figures show that the UAE attracted over 80% of all Middle East and North Africa (MENA) SME funding in the first half of 2017.

What’s driving these levels of activity and funding? According to the Migration Policy Institute, highly skilled individuals decide on where to migrate based on the presence of talented professionals, capital infrastructure and the promise of good returns. That there are so many of those in the UAE is partly down to the efforts of the UAE government, which in recent years has bent over backwards to extend support for SMEs.

Dubai SME, for example, part of the Department of Economic Development (DED), is dedicated to promoting innovation and leadership across the whole SME sector and has so far supported 4,000 projects and secured over AED 3bn for SMEs in Dubai. The Mohammed Bin Rashid Fund for SMEs, the financial arm of Dubai SME aimed at developing entrepreneurship in the local economy, has helped more than 50 startups to date, with AED 48m in startup and growth finance. In Abu Dhabi, meanwhile, the Khalifa Fund for Enterprise and Development (KFED) boasts a total capital investment fund of AED 2bn to help develop local Emirati enterprises.

But aside from the stimulating business environment, what else makes the Emirates the ideal place to relocate? Let’s take a closer look at seven of its other major attractions.

1. Ease of doing business: That stimulating environment is just getting better and better. The World Bank Doing Business 2018 report shows that the UAE has climbed five places in the rankings for ease of doing business since last year, from 26th to 21st spot. The easier it is to do business, the less time it takes to achieve more, resulting in higher productivity. And those high productivity levels are borne out by The Global Competitiveness Report 2017-2018 from the World Economic Forum which ranked the UAE in 17th place.

2. Zero-tax benefits: In practice, corporation tax in the UAE is only levied on oil and gas companies and foreign bank branches. Yes, there are some incidental taxes – VAT will apply from January 2018 across the Gulf Cooperation Council (GCC) countries at a flat rate of 5%, and some emirates do impose residential and commercial lease taxes – but there are no taxes on the income or wealth of businesses or individuals. You keep 100% of what you earn, you keep 100% of what your capital earns, and mainland setup allows 100% repatriation of capital and profits.

3. Ease of visa procurement: Setting up on the UAE mainland grants an automatic right to apply for multiple and unlimited visas for you and your employees, allowing you much greater scope for growth. And if you’re a mainland company owner, you can sponsor family dependants as well as domestic staff. With the help of local experts, the process required to qualify for employee labour cards can be navigated quickly, leaving you to focus on establishing your business faster and more efficiently than if you were to administer everything yourself.

4. Affordability and flexibility: In addition to zero-rate corporation tax, company setup on the mainland generally imposes no minimum capital requirements, meaning you hold on to more of your own capital. And in contrast to the numerous UAE free zones – which tend to accommodate certain narrow sectors and therefore limit the types of business allowed to operate within them – a mainland company can operate in any sector and can open anywhere in the Emirates.

5. Easy setup: Whether you’re bringing an established business with you from overseas or setting up a new venture in the UAE, once you’ve chosen a location, the rest is relatively straightforward, especially if you seek the help of local company formation experts. They can assist in choosing a local sponsor or local service agent and help with any relevant business licenses and other paperwork.

6. Location: Locating your business in the UAE puts you at the gateway between Europe and Asia, where you can reach two-thirds of the world’s population within an eight-hour flight and one-third of the population within four hours. Transport links are excellent, offering frequent flights from five major UAE airports to destinations across the Middle East, Africa, Europe, the Americas, Asia and the Pacific. And vibrant competition among carriers means affordable travel to almost anywhere in the world, at almost any time of day or night.

7. Safe place to live: In 2017, out of 110 countries, the UAE is ranked fifth safest in the world according to the Numbeo database Crime Index Rate. Statistics from Dubai’s police reflect those low crime levels. In 2013, according to police figures, there were nearly 60 serious crimes per 100,000 residents. By 2016 this stat had fallen to 42 per 100,000. According to the UAE government, ‘the security and stability indicators in the UAE are among the best in the world’, with businesses in the UAE less exposed to losses from crime or violence compared to anywhere else.

Invest in your future

With such a safe, stable and relentlessly encouraging environment for SMEs and international entrepreneurs, the UAE is well placed to offer two of the things many dream of: enhanced wealth and a better quality of life.

What you do with them is up to you.