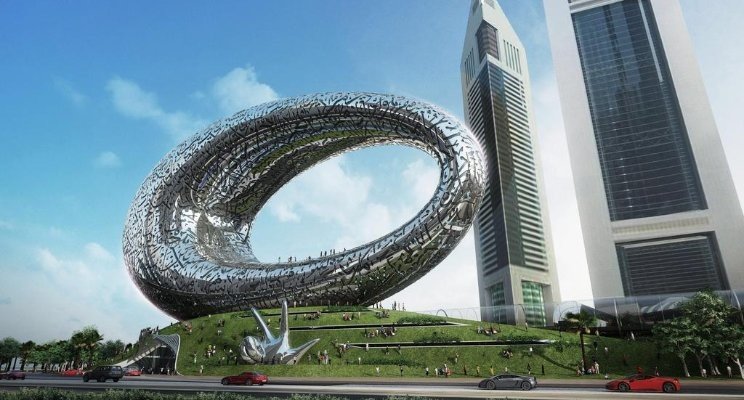 For any company or startup – across any industry – it’s worth considering the benefits of launching in Dubai. And now is a perfect time to consider taking advantage of this world-class innovative business hub. For forward-thinking entrepreneurs, the emirate offers an ideal climate to create and grow a thriving and profitable business.

In recent decades, we’ve seen a fascinating transformation of Dubai’s economy and industry. As Jim Krane describes in his book Dubai: The Story of the World’s Fastest City, Dubai has ‘transformed from an arid township into a vision of the future’.

So let’s explore some of the areas where you as an entrepreneur can benefit from Dubai’s world-leading approach to innovation.

Innovation in Dubai: a knowledge economy

Already a global centre for business and tourism, Dubai is now also starting to excel as a knowledge economy, showcasing a wealth of technological and humanistic advancements. From artificial intelligence (AI) and robotics, to telemedicine, to sustainable developments which seek to safeguard the future of our planet, Dubai is leading the way in a number of different industries.

1. Healthcare: Healthcare has always been high on Dubai’s agenda. The world-famous Dubai Healthcare City, launched in 2002, is now one of the world’s largest healthcare developments, with nearly 160 clinical partners across 150 specialities, employing licensed professionals from almost 90 countries. Dubai is committed to attracting new medical talent, and thanks to its world-class facilities, medical tourism has continued to expand across the city. In 2015, the number of annual international medical tourists travelling to the emirate was 300,000: by 2020 the Dubai Health Authority (DHA) aims to increase that figure to 500,000, promoting significant further growth in what is already a flourishing healthcare sector. According to the DHA, by 2020 medical tourism is expected to be contributing USD 708m to the economy, based on predicted year-on-year revenue growth of 13%.

2. Technology: With a wealth of new, cutting-edge innovations, Dubai has become a global pioneer in technology. From its driverless metro to the more recent prototypes for robot policemen, the industry is evolving at an astonishing pace. At the 2017 World Government Summit, Dubai’s Roads and Transport Authority (RTA) showcased its design for flying drones that can carry individual passengers. In the same year Dubai also witnessed the world premiere test flight of the Volocopter, the world’s first autonomous air taxi.

Dubai is also using technology to bring the city closer together. As part of the forthcoming Expo 2020 event, the government announced its Smart City programme, which aims to make Dubai one of the most connected and sustainable cities in the world. Central to that project is the Internet of Things – a concept which aspires to increased and intelligent communication between people, machines and data. The vision is one of a smart infrastructure enabling highly integrated interactions across many aspects of life and society: including mobility, the environment and the economy.

3. Sustainability and energy: At a time where environmental concerns are mounting across the globe, Dubai continues to make sustainability and energy a key government and commercial priority. The 2018 World Government Summit brought together well over 100 countries to discuss innovative ways to solve the challenges facing humanity, facilitating discussions between government officials, thinkers, policymakers, and industry experts. The event’s forward-looking environmental programme included sessions on ‘Climate Change and its Impact on Global Prosperity’ and ‘Rising Tides: Preparing for the New Normal’.

The emirate is at the forefront of developments in renewable energy, and rapidly moving towards realistic and cost-effective solutions for a sustainable future. For example, the Mohammed bin Rashid Al Maktoum Solar Park, commissioned in 2013, aims to reduce carbon emissions by 6.5 million tonnes a year. And the government programme UAE Vision 2021 represents a unique national agenda, focusing on improving air quality, preserving water resources, increasing the contribution of clean energy, and implementing green growth plans. The environment is also one of the key themes of Expo2020, which has set out ambitious plans to design sustainable urban environments and protect diverse ecosystems, as well as to mitigate and manage climate change.

Why is Dubai leading the way?

So how did Dubai establish itself as a global business hub and a world leader in innovative knowledge industries? Is it because of the efforts of a forward-thinking government? Is it because of its unique infrastructure? Or a simple desire to prove itself on the global map?

Let’s take a look at some of the key factors that have made Dubai such a key player in the international community’s innovation drive.

1. Government support: The Dubai government is doing everything it can to encourage innovation and business. It is extremely active in its support for a reliable, functioning infrastructure; and it consciously promotes liberal business policies, robust governance, and an international outlook. The government is continually seeking ways to overcome outdated modes of thinking and embrace new technologies and ideas, to address the changing needs of the business world. As an example, in line with the central theme of Expo 2020, ‘Connecting Minds, Creating the Future’, the government is offering an innovation impact grant programme, to support new firms in their quest to implement innovative solutions and technologies.

In a similar vein, in 2014 the government launched the Mohammed Bin Rashid Centre for Government Innovation, a radical initiative designed to stimulate and enrich the culture of innovation within the government. This world-class, multi-functional space is now being used for testing, generating and driving innovation on a local and regional as well as an international scale. This kind of initiative sets Dubai apart from other global cities, expanding and redefining the relationship between the government and its citizens, and supporting greater inclusivity, transparency and accountability in government. The overall objective is to try to amplify the power of innovation to benefit not just the government and business sectors, but the country’s citizens as well.

2. Infrastructure: Infrastructure is vital to supporting economic growth, and Dubai benefits from one of the most well-established infrastructures in the world. There are plenty of new residential, industrial and commercial facilities in place, and the city also boasts world-class transport links, via land, sea and air. The road and train systems are among the best in the world. Roads are wide and well-maintained, and trains are quick and efficient – particularly the Dubai Metro, which until 2016 was the world’s longest driverless train network.

Dubai also has one of the busiest international airports in the world, offering enormous capacity for air transportation and air cargo. The flagship carrier, Emirates Airlines, connects over 140 destinations worldwide, and flydubai has been the world’s fastest growing startup airline since it launched in 2008, flying to more than 65 destinations. When it comes to sea trading, Dubai also boasts almost unrivalled transportation capabilities, with one of the biggest seaports in the region, Jebel Ali Port; meanwhile the city itself connects to 140 ports across the world. Dubai continues to invest heavily in infrastructure, and looks forward to increased capacity and access to efficient, clean and smart transport. The hope is that by the year 2030, 25% of journeys in Dubai will be smart and driverless: a 10-seater driverless car has already completed a successful test run.

3. Global position: Compared to other fast-growing cities, Dubai enjoys an unrivalled connectivity to the world. Its favourable geographical location between Europe, Asia and Africa has transformed it into a unique trading hub between the East and West, and allows it to tap into the most lucrative import and export markets in the world. Aided by the strong transport infrastructure described in the previous section, alongside easy access to the sea via the Persian Gulf coast, it easily bridges the gap between Asia, Africa and western countries, and provides international trade flow with minimal costs. Meanwhile the city’s unfettered access to global consumer markets makes business activities such as international trading, import and export, hospitality, logistics and tourism easier to perform than anywhere else in the world.

Make the most of Dubai’s innovative landscape

With its wealth of capital, talent and ground-breaking innovations, Dubai has consistently shown itself to be a dedicated international player, and it continues to enjoy solid growth. The city is a hotspot for startups and new businesses: in a Global Lifestyle Reviewpublished by property company Knight Frank in 2016, it ranked as one of the top five cities for entrepreneurs globally. The city is of course already home to some of the world’s biggest multinational companies – including Nokia, Microsoft, Sony and HSBC.

For any entrepreneur looking to capture the rapidly expanding markets of the Middle East, Asia and Africa, Dubai represents a profitable opportunity that is not to be missed. Alongside its hugely appealing free zones and tax exemptions, the city provides an ideal enterprise climate for operating a successful startup or other new business. Thousands of entrepreneurs have already taken advantage of Dubai’s strategic location, excellent connectivity, and extensive services. To date, the city has attracted over half of the world’s Fortune 500 companies, and has over 200,000 registered companies – a number that will continue to grow in line with the city’s ambitious future plans.

Adding yours to the list might be the best thing you ever do as a business owner.